Once again it was time for Naka-Kon! I had a little extra notice for it this year, so I think my costumes were a little better. I was one of the workmanship judges for the big cosplay contest, so I got to see all the best costumes up-close and personal. But that was only on Saturday, so I had Friday night and all day Sunday to play around. :)

Friday's costume had to be something quick to change into because I planned on going straight from work. So I threw together this black & white lolita outfit. I already had the all the pieces. The only thing I did was to use some of my left-over white ribbon roses from the skirt to swag the bottom of the dress. I also used them around the top of the dress, but it's hard to see in this photo. You can also see my cute little dog purse peeking out around my right side! 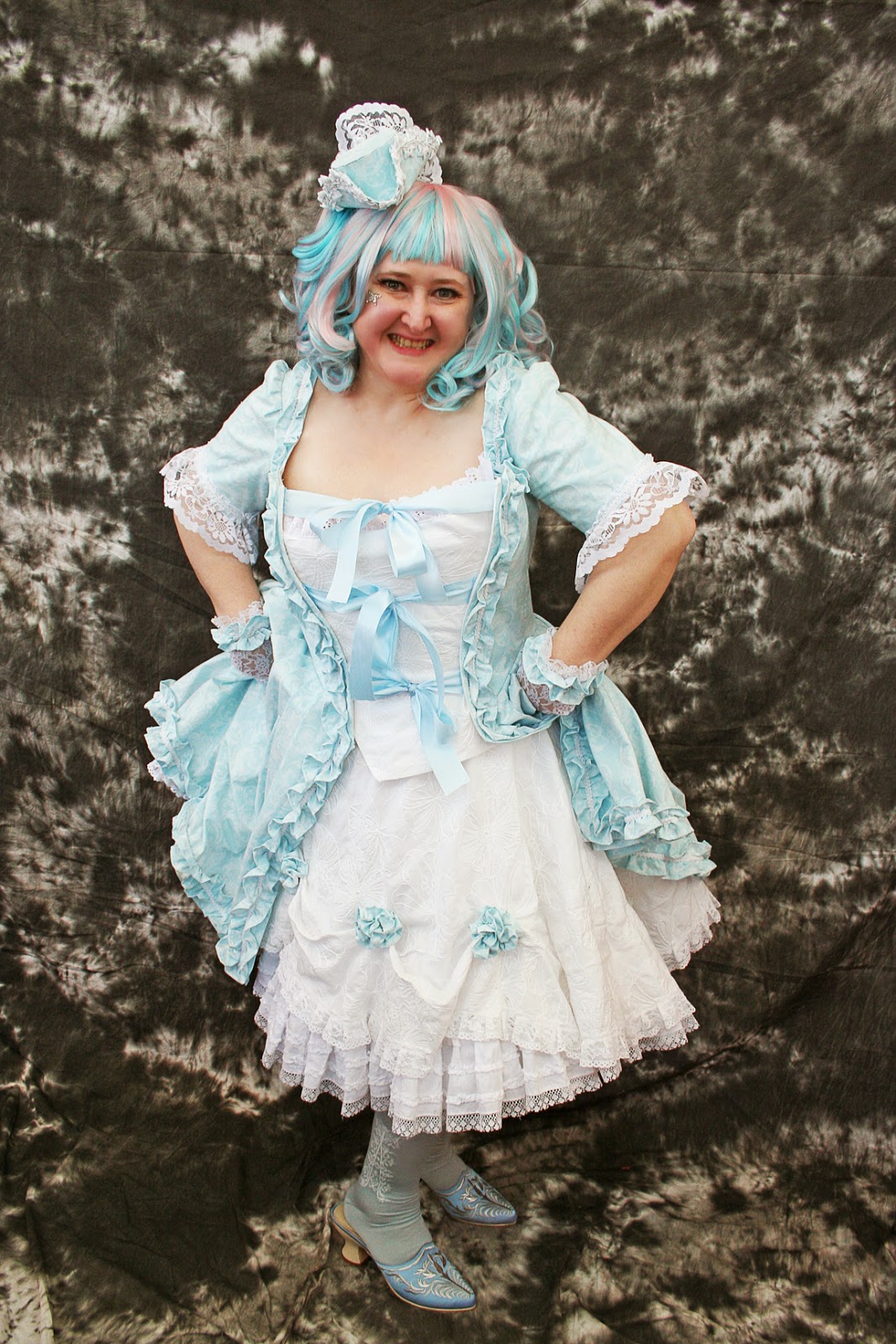 I went a little more elaborate with this one because I was judging costume workmanship that day. I wanted to put a little more effort into it to show that I knew what I was talking about.

The entire outfit was based on the shoes. They're from American Duchess and they're called the "Antoinette". Lovely little repros of 18th century mules. They come in pink, too. My costume ended up so froofy! (Yes, I know that's not a real word.) Every time I looked in the mirror, I couldn't help thinking that it looked like a wedding cake exploded all over me.  ;)

And the one that took the longest to make.... 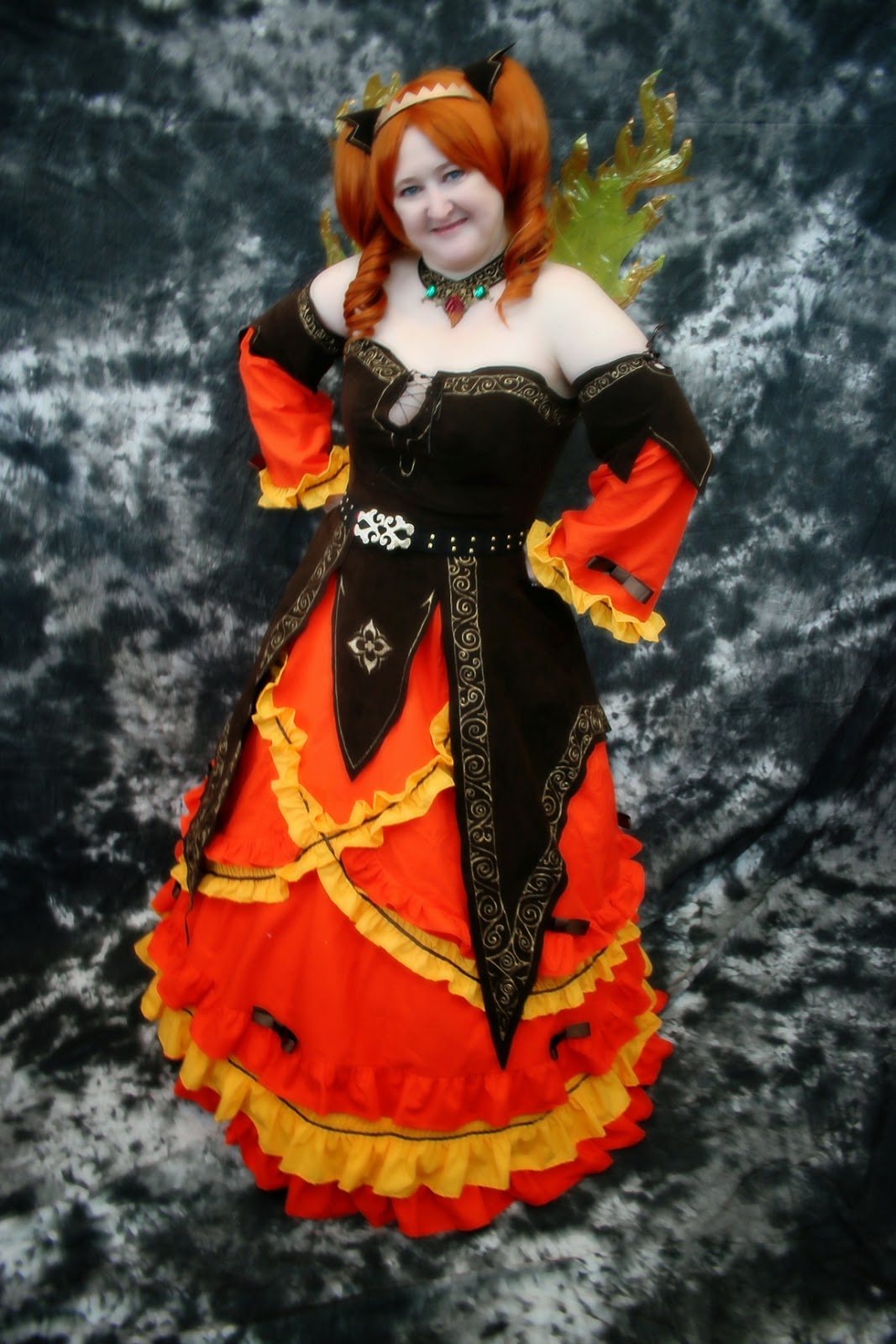 It's a reproduction of a character from a Japanese video game. It's not one that I've ever played. (WAY too racy!!) But I looked through the website Anime Characters Database for costume ideas and I loved this one. Here's the original pic: 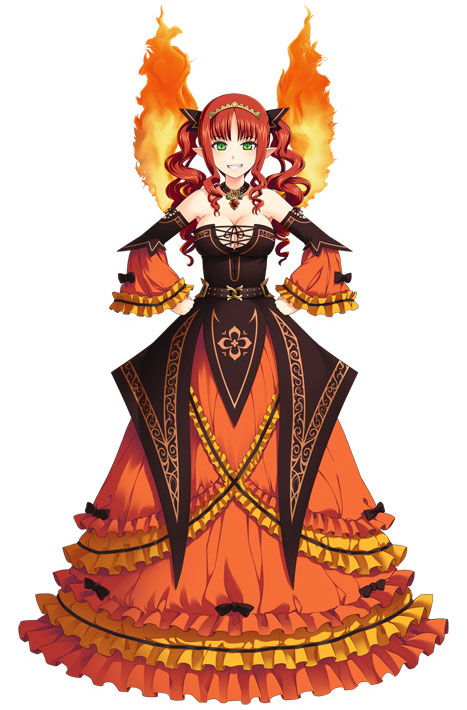 I think it turned out pretty well!

My sister gave me the hoop petticoat from her wedding dress over a decade ago & I finally used it. Thanks Jo! And the brown ultra-suede fabric has been in my stash almost 15 years. I only had 2 yards of it, and it ended up being just barely enough.

On Sunday, the photographer brought her little girl to the convention and she wanted a picture with me. (She was quite taken with my dress!) I crouched down to be at her height, but then she crouched down, too. She was SOOOO adorable! 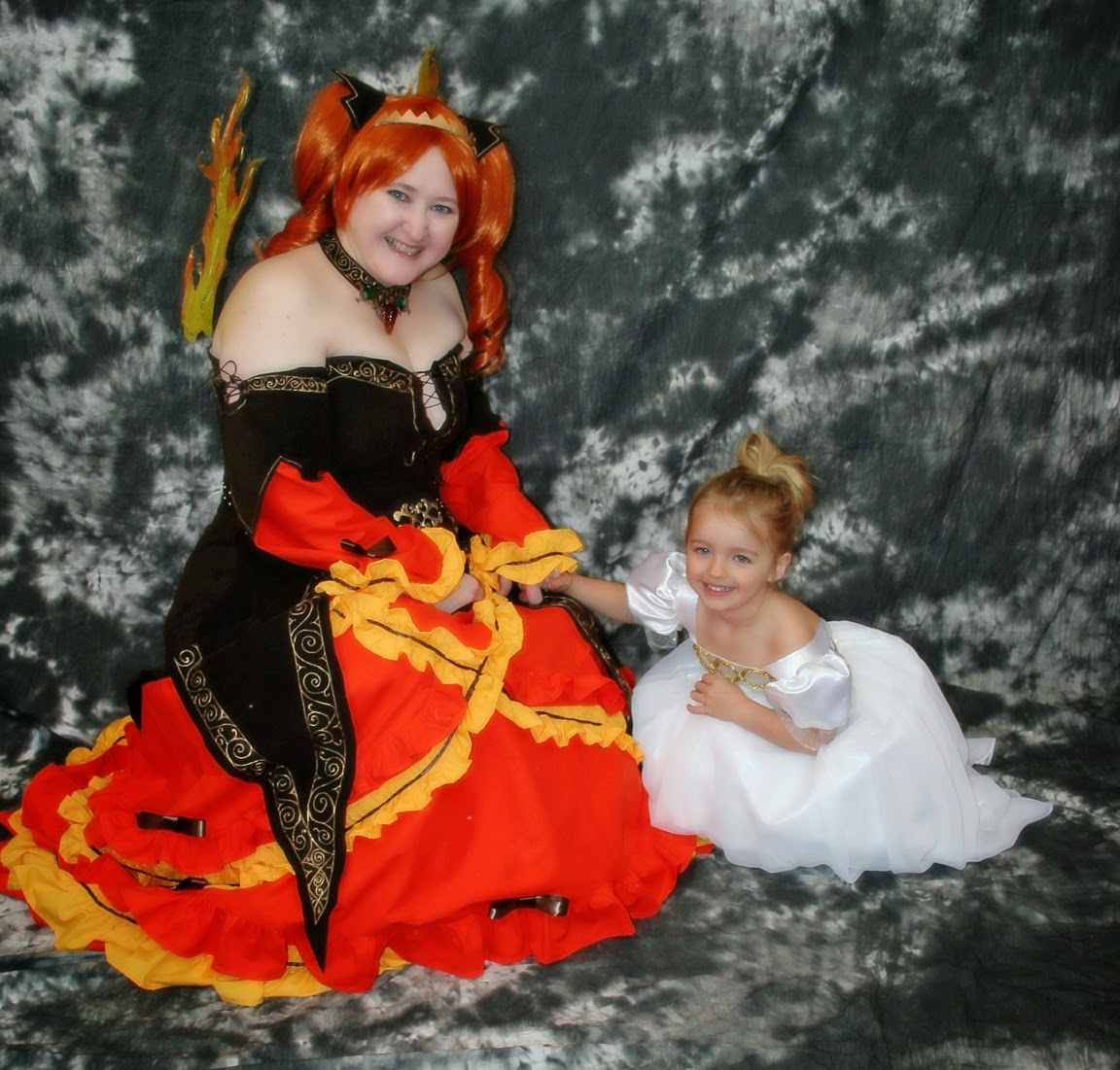 (All photos taken by Kansas City Photography)
Posted by crafty lady at 6:53 PM