Curtain Along part II, or That’s a really big bum!


So I started the curtain along costume. Since I want to do a 1780/90s outfit, I needed a bum pad. It’s kind of like the 18th century version of a bustle. Those ladies had lots of back! 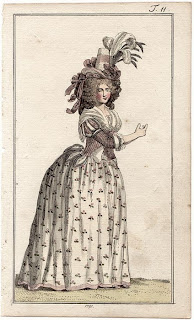 You see how the large part of the skirt has moved from the side panniers to the back? I may have a big rear end, but even mine isn’t THAT big.

So I found some online tutorials to make a bum pad.  This costume isn’t for a competition, so I don’t care if it’s period-correct or not.  So I cut some cotton into a crescent shape, added some lace and ties and then stuffed it.
It was just a little bit too poofy, so I then added a line of stitching down the middle of each of the 3 puffed sections. (Didn’t get a pic of that, though) 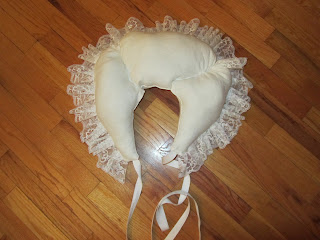 So I put it on my dress form and took the red curtain to start draping the petticoat. Here’s what I got: 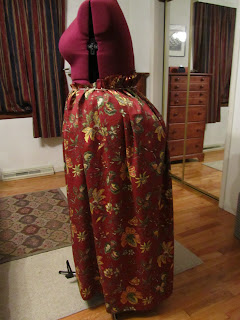 I added a waistband tie and the petticoat is done!
Posted by crafty lady at 11:25 AM