Based on the title of this post, I guess I’ve been watching too many episodes of The Big Bang Theory. Oh, who am I kidding? There’s no such thing as too much Big Bang Theory!

To go with my curtain-along costume, I’ll be doing a hedgehog hairstyle. That’s the big, round, poofy hair in the pic I showed last time.

It’s basically a big afro with a ponytail hanging down the back. You make it by curling your hair in lots and lots of tiny curls and then teasing the heck out of it until it stands out like a dandelion fluffball.

Well, I have fairly curly hair anyway, so I wondered if I could get it to stand out without teasing. I used setting lotion & curled my hair in tiny perm rollers. After sleeping on it overnight, this is what I got: 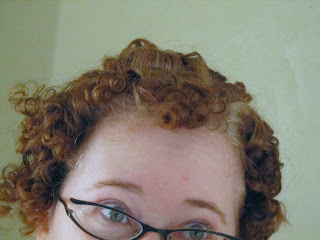 You can’t tell from the pic, but I actually have long hair (just past my shoulders). The setting lotion REALLY worked!

So then I ran my fingers through it and threw on a fichu (scarf): 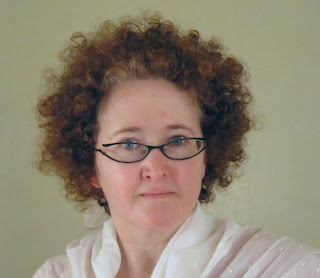 Wow! I might not even need to tease it!


I added a small extension down the back with a bow to see how it looks: 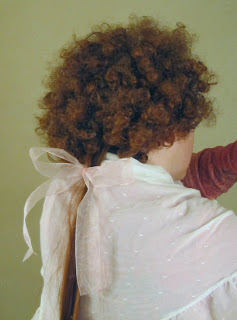 When I get around to doing it for real, I’ll run a comb through it to get it out further and make it more even. Then I’ll powder it. ‘Cause you don’t see many 18th century portraits of people sporting red hedgehogs, now do ya?