So I had *finally* started talking about how I made my 1775 francaise for the competition.

Unfortunately, it looks like I'm going to have to pause yet again.
It's a good reason, really!

You see, I met this couple at Costume-Con in the historical masquerade. The gentleman was dressed in a VERY good late 18th century suit so we took a few pics together. The lady was the one that created the incredibly detailed (and hand-embroidered) outfit. They were so nice!

It turns out that he is the editor of the Virtual Costumer - the quarterly online costume magazine put out by the Silicon Web chapter of the International Costumers Guild. I love that magazine and have all the back issues saved on my ipad.

He has since informed me that the August issue is focusing on Regency and Georgian periods. And he asked me to write an article about how I put together my francaise!!
Fangirl squeal!

So I'll be putting those particular blog posts on hold until after the issue comes out, naturally.

In the meantime, I think I'll start posting pics of the other costumes that I wore to Costume-Con this year.

Here's a couple of sneak peeks: 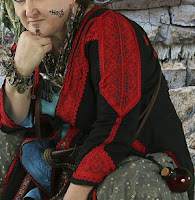 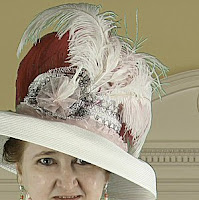