Hubby & I went to Teslacon again in 2014. It's the biggest steampunk convention in the Midwest. And this year we kidnapped convinced one of Tom's friends to come along. Mwah ha ha! Another person brainwashed into the steampunk aesthetic!

Hubby wore the same costumes as last year, but I had to create new ones of course.

(All photos from Realtime Portrait Studios)

Here they are:
This is my stab at ethnic steampunk. The funny thing is that I had everything already except for the brown corset and that was pretty easy to throw together. 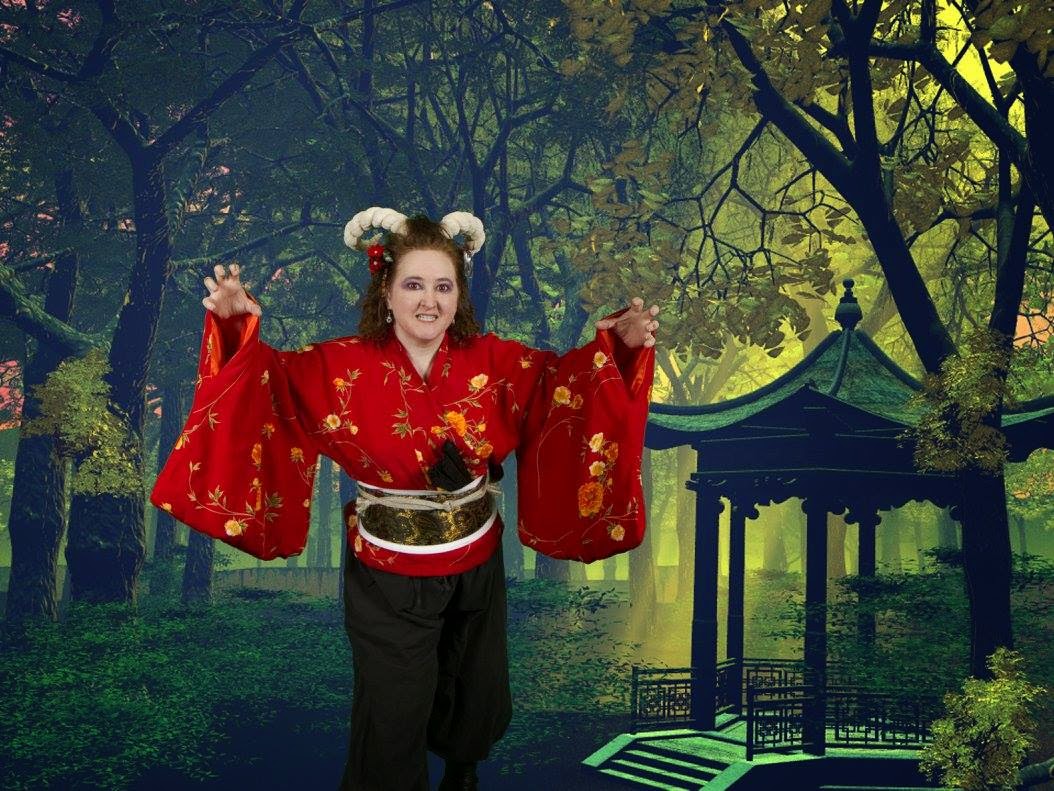 This is my pseudo-Japanese demon. I also had everything for this already. I made the horns several years ago out of upholstery foam. The top and obi/sash were from my wa-lolita outfit. Pants are from my Bedouin costume. Why is this steampunk? Beats me. Maybe some Victorian/steampunk travelers encountered the demon in their travels through Asia. But it was fun!
(Those of you who know Japanese costume may notice that the top is folded the wrong direction as if I were dead. I thought that this would be appropriately sinister for a demon.) 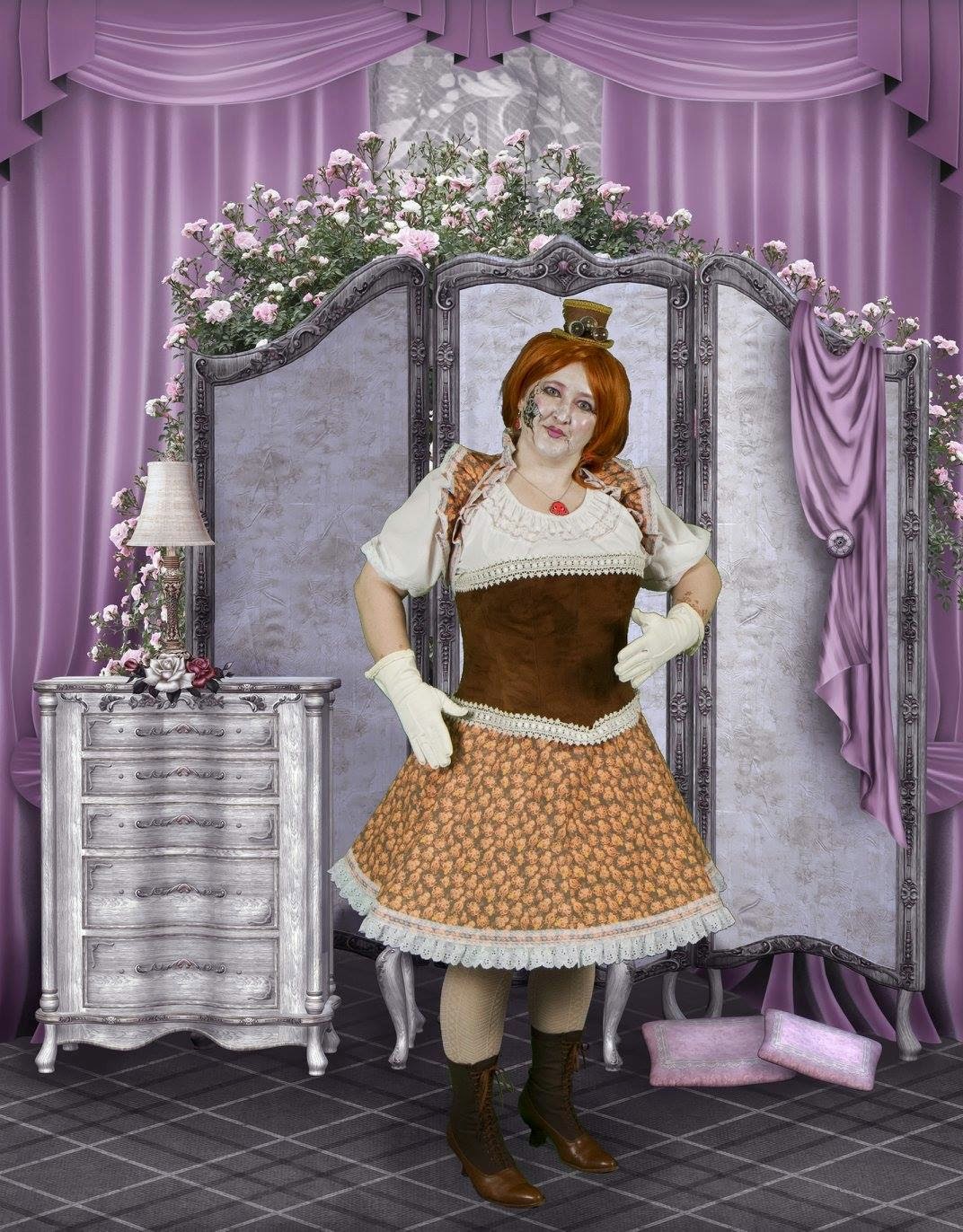 This one was the best in my opinion - a broken clockwork doll. The brown corset is the same one from the first pic above. You can't see it, but the fabric pattern of the skirt and the shoulder decoration is little steampunk octopi with gears and top hats! Here's a link to the fabric pattern on Spoonflower. Isn't that adorable?

Here's a close-up of my makeup: 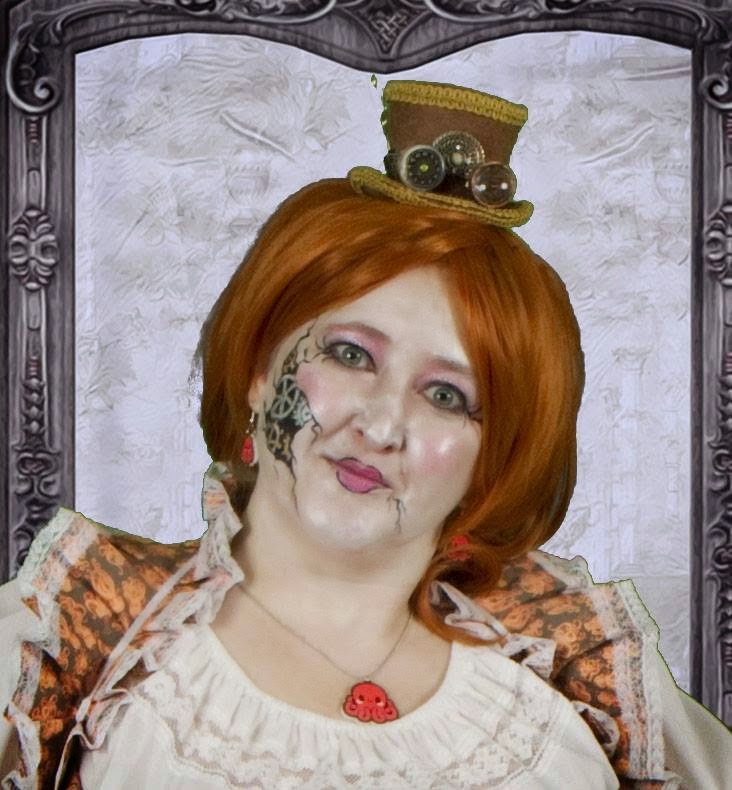 The necklace and earrings are cute little pink octopi. They basically inspired the whole outfit.
Posted by crafty lady at 3:38 PM